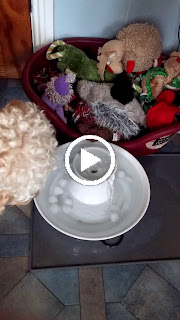 Iced water for the dogs on T for Tuesday, that big beverage party at Elizabeth and Bleubeard's place. It's a heatwave here in the UK temperatures of 32 celsius and even 34 celsius, and I can't function in that sort of heat. So I haven't done a lot since it started on Saturday, first thing open the doors and windows when it is cool, then close the windows, blinds, curtains and put the fans on as the temperature soars. We have no air conditioning, it is unusual in the UK in domestic houses, well most of them.
Once again I haven't gone round and commented, and I only got part way the week before, but this weather has stopped me doing so much. I just sleep all day, then go out late with the dogs when it is cool, then by the time I get their dinners for tomorrow, sort out bins, open windows, get my hot chocolate it is time for bed. Hard to sleep in this heat then they want to get up at 7am when I could just sleep! 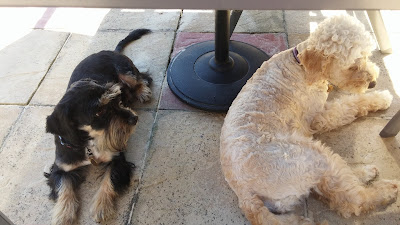 Sooty and Bertie keeping cool, they gave me a fright last week as Bertie got out of the front door, I don't think he would have gone anywhere but Luna burst out and carried on playing and chased him all down the road and across a busy main road - I ran down our road, didn't think I could. Saw cars slowing, and when I got there they were just waiting the other side thankfully unharmed. Since then they are shut in the living room before the front door is opened! Luna had got good about not going out, but the arrival of her new playmate changed all of that! 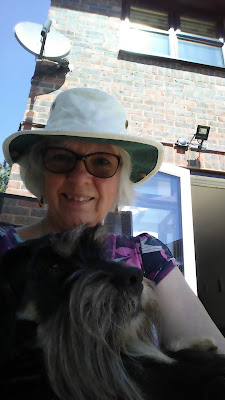 Bertie thinks it is never too hot for a cuddle! 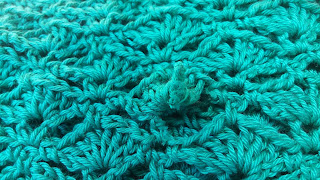 I found my new top, which only needed the ends sewn in, on the floor chewed! 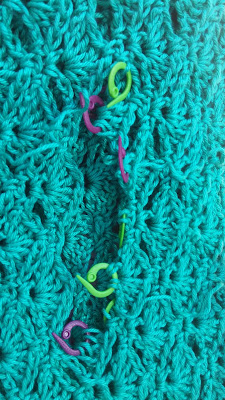 I decided that I would try and repair it, or there would be a lot of frogging (unpicking) and rework to do. First I worked out two rows were affected and pulled them back either side to give a long end to sew or braid in. I used stitch markers to hold vital parts, these stitch markers are no good for crochet and I am going to give them to Mum for her knitting. 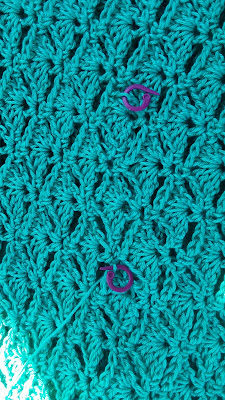 This is the repair, I missed a loop one end and the other marker is on the last stitch. I think I got away with it, unless you knew it was there you wouldn't really notice it - well I hope not anyway. 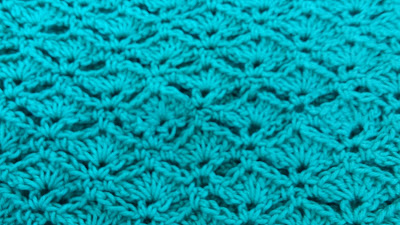 I'm not taking a photo of me wearing it, it's a little snug and you have to wear a vest underneath. I saw what I looked like - maybe next year. Too hot to wear it at the moment anyway. 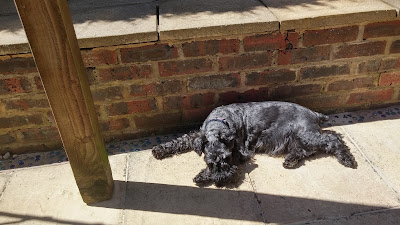 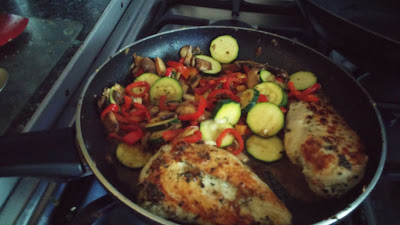 Dinner today, a recipe that was posted on Facebook for one pan garlic herb chicken and asparagus, didn't have any asparagus today so I used what I had. The first time I made this someone came to the door and Luna stole my chicken off the plate! At least I felt like eating, the heat has put me off then I get back at 10pm with the dogs and it's too late to cook. 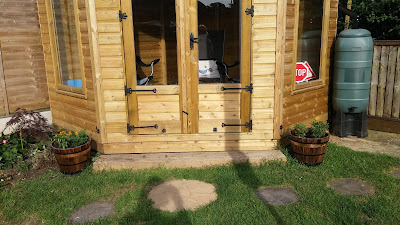 I won't use slug pellets, so the two boxes of marigolds I planted in the garden all got munched or maybe trampled, so I decided to plant some in tubs with copper tape round them. These wooden planters were bought for some tree ferns I bought last year, overwintered them in the greenhouse and they died. They were in special compost so it was a big waste of money but the tubs are pretty and not heavy. 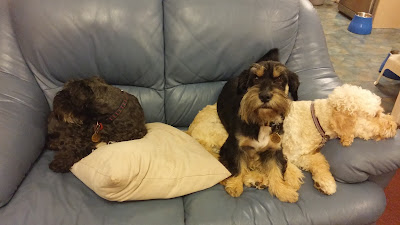 All the dogs together but I could only get Bertie to look at me! 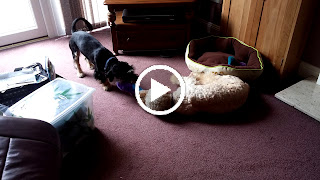 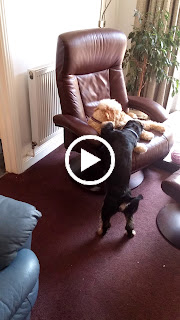 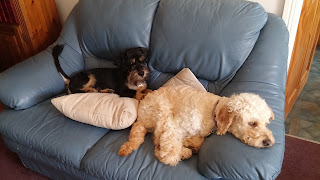 Bertie trying to get Luna to play but it's too hot and she doesn't want to! 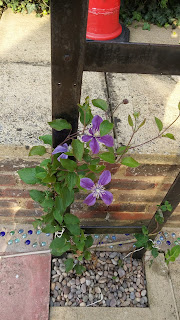 This is the clematis that I bought to replace the wisteria I dug up when Luna started chewing it, there is a honeysuckle there too which isn't doing so well. 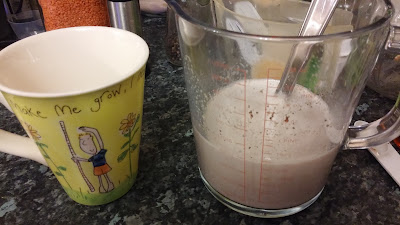 Here is my hot raw cacao in progress, I have now run out of ground vanilla and can't get more. So it has cinnamon and nutmeg only.