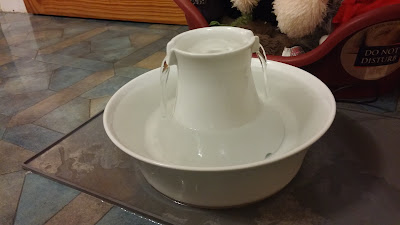 Tuesday again, and time for T for Tuesday at Elizabeth and Bleubeard's place. Once again I have failed to go round and comment, I really meant to but my time gets eaten up every day.
So this is the drinking fountain for the dogs (this is instead of a cup of tea), which filters the water as it works. Sooty has to drink filtered water anyway, doesn't drink enough and with a normal bowl and his beard that collects muck the water needs changing several times a day so this one makes a lot of sense and he likes it. 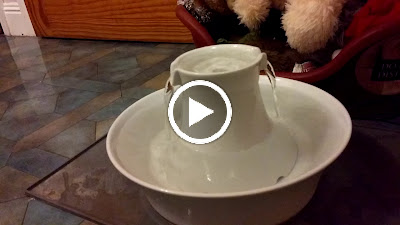 Here's a video of it in action. 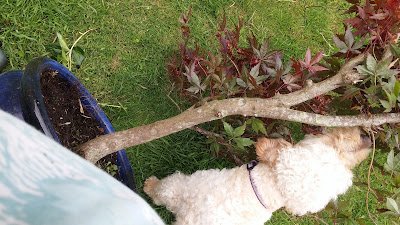 I did some gardening, mainly weeding and Luna helped along with two friendly robins. I want to get this Acer out of the pot but I fear it will take a hammer to do it, and I dug a hole but I don't think it is going to work as it is hardcore underneath as it is under our whole garden. 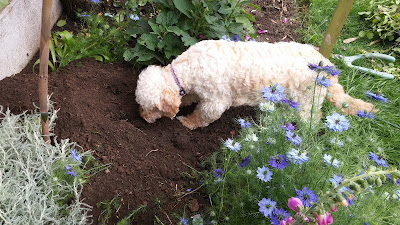 Luna inspecting the pile of soil. 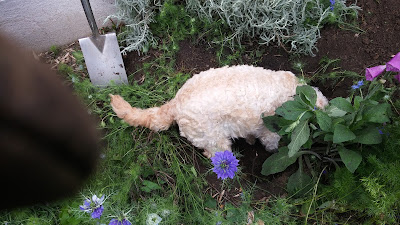 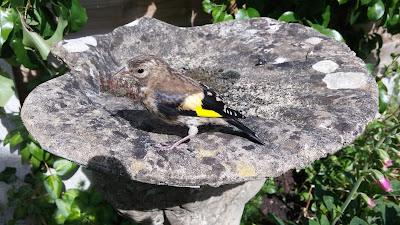 I forgot to show this little guy last week, I found him on the lawn and he is a young goldfinch. I picked him up and put him on the empty bird bath thinking he would be safer there, but no parents around and he didn't move. Then I tried putting him in the hedge, but he just clung on with his head against the wire and his eyes closed. So I put him in a box and gave him a drink, seemed thirsty. Still not able to fly, so I rang three numbers before the RSPCA said they would come and collect him, which they did later on the Sunday evening that I found him. I realised afterward he was hurt, and his beak was bleeding. 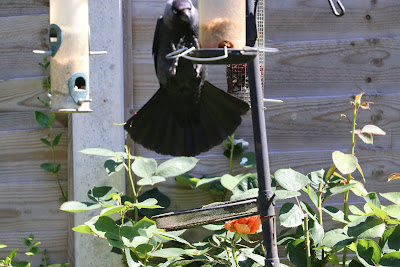 This Jackdaw is one of the reasons that I am getting through 2kg of dried mealworms in less than a month, despite rationing them to half a feeder a day - which is emptied in a couple of hours! I'm right out now though, and the price has gone up twice. 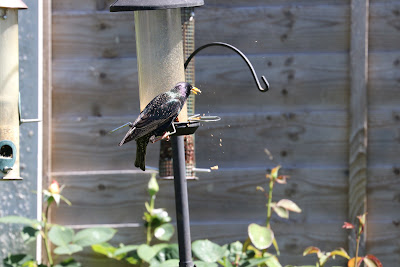 Starlings love meal worms and arrive with the whole family to gobble them up. 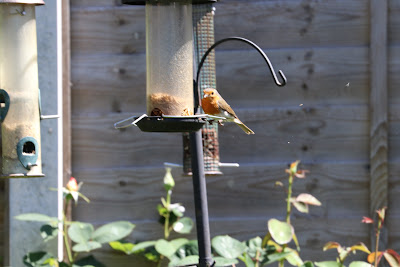 The robin got a look in, the jackdaw and magpies go off with beaks full of them to eat on next door's chimney. 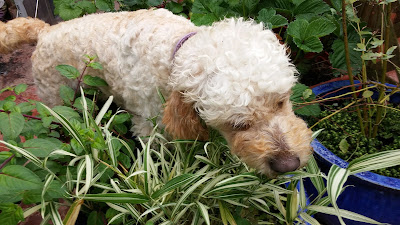 Trapped by rain in the greenhouse Luna decided to sample the bamboo. 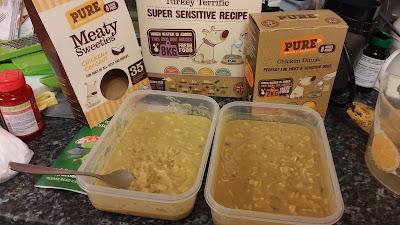 I've been trying out some new dog food, the dogs love it. I think it will be quite expensive but if it sorts out Sooty's problems it will be worth it, another bladderstone operation would be awful for him. 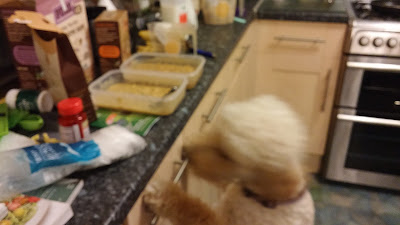 It's blurry, I keep forgetting Luna can reach! 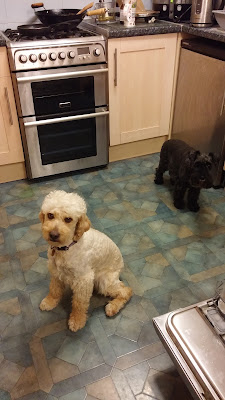 I make up the next day's food the night before, these two think they should have it right away! 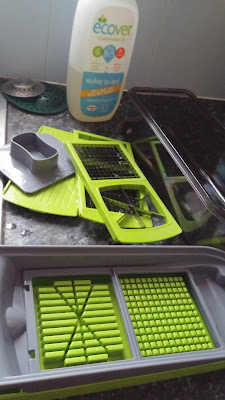 I bought a new gadget from Groupon, to chop, chip, slice and dice without cutting more chunks off my fingers. First thing I did was cut myself on it! I used to to chop onion, mushrooms and cherry tomatoes for my breakfast omelette, but this is the extra washing up from it! 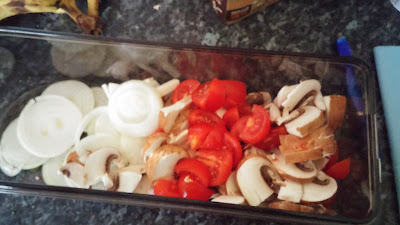 Everything beautifully sliced, diced and chopped. 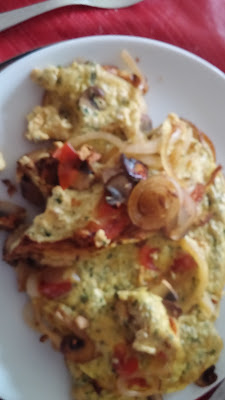 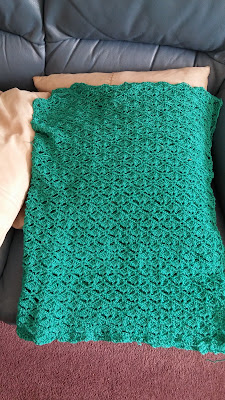 This is the top I have been working on, all ready to sew together and crochet edgings now. The pattern is from Two Brothers and is called Sadie's Shells. I had some balls of King Cole Giza cotton to use, still have some in other colours. This took about 3 and a half balls. 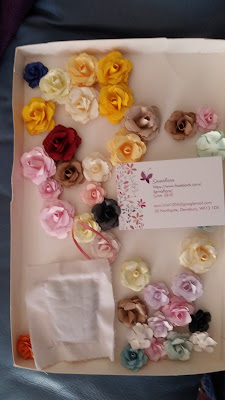 Finally, not the right blog, I won some flowers made by Samaflora which are so pretty and come with a lavender bag.

In case you are interested the review comparing knitting/crochet organiser bags is in the post before this one, as well as a then and now photo of me in that cardigan!