It's Tuesday so it must be time for T on Tuesday. 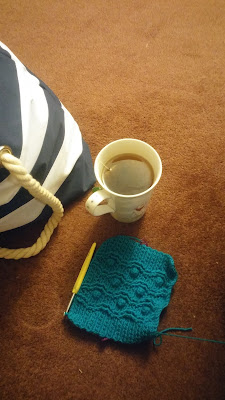 On Tuesdays a bunch of folks get together to share their beverages and views of the world and this all happens at Elizabeth and Bleubeard's blog. I missed last week, it was Wednesday by the time I would have posted which is a day too late! I know it is Monday, so do you but I see the T post is there so here goes!
See my peppermint tea in place as usual and viewed from my crochet chair! I knocked it over last week when full, and that is a pint of hot tea that went over my WIPs, and the carpet (who cares about the carpet)! 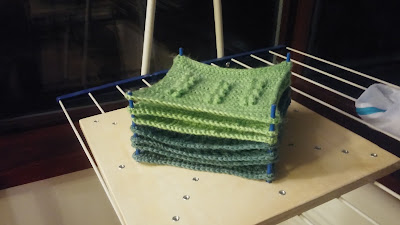 I bought a blocking board for the Pesian Tiles blanket, but have only used it on Dance in the Sea, here it is blocking 7 squares at once. I had to post to find out which holes in the board to use, couldn't work out how to block a 19cm square! Someone said these are no good for the Persian Tiles, so I might have to get some foam mats and blocking pins. The sides of my squares seem to bend in (liek they are too stretched) but straighten out when it relaxes. I wonder if I need some blocking wires to stop the bending. 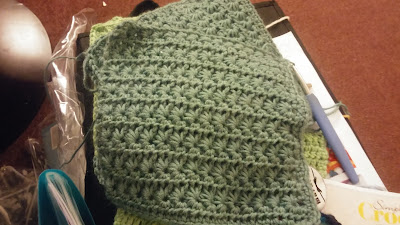 This is the week 2 square of Dance in the Sea CAL. I hadn't done star stitch before and really enjoyed it, I had to go up two hook sizes to get the square the right size but as this was suggested in the video I did it right away. I love how bulky and soft this square is, it would make a warm blanket on its own. 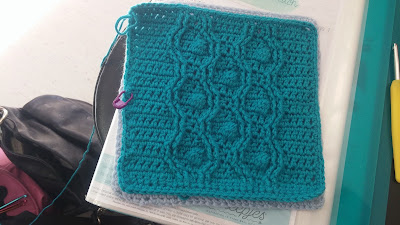 This is the week 3 square and I adore this colour. The square was quite tricky and I had a bad start, frogged and tried again, frogged and tried again then got it! I took it to the hospital while I sat with hubby as he had his treatment, and I couldn't access the video because the wifi signal is non existent in the oncology suite. He had been going for blood tests and treatment on his own before he had a spell in hospital, but he went for blood tests on his own and came back wiped out and in a terrible state, so I went with him. He said he would have been fine on his own that day, but he forgot that I took over when we got there and sat in a car park for half an hour waiting for a space, so he would have been late and stressed if he was on his own. As it was the blood form had not been filled in correctly and they had to ask for two more tests before he could start his treatment so we were there a few hours.  I am pretty happy with my week 3 square, but...... 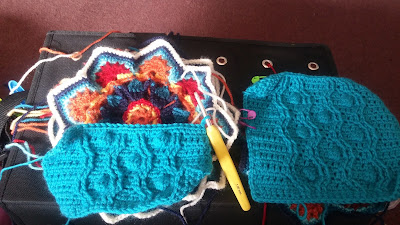 ......when I made my second square of week 3 I realised there was just one stitch I had done slightly wrong and now my bobbles are better defined. So I have to decide if I leave the first square or frog it and redo it.
Underneath you can see a few of the Persian Tiles which have moved on and I am doing two rows on each before the next now. The next row involves a hook change - then there is only one row left! I seem to have a lot of yarn left, hope it goes into the border. 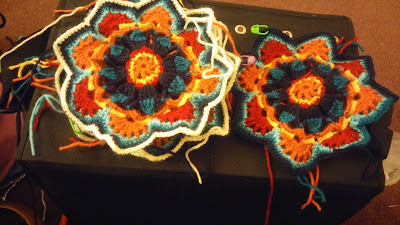 More Persian tiles, I still have to sew in all those ends! 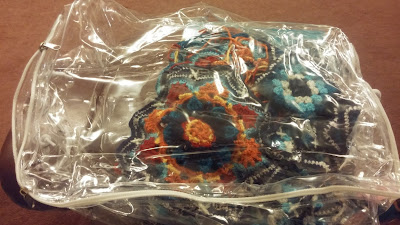 Someone posted about storing their squares in the bags you get with bedding, those clear ones with zips. Great idea but I didn't have any, however I spotted some on the B&M website so made my second ever visit to that store to get some. I really thought they were square in the photo, but I guess they will do. 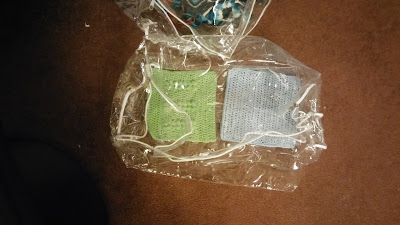 Looks a bit empty here, but it now has the blocked squares in it, and will soon have more! 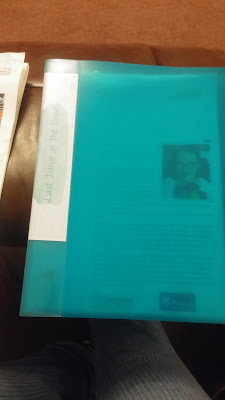 I printed off one of the pattern sheets and cut the title out to use in the spine of my display book. 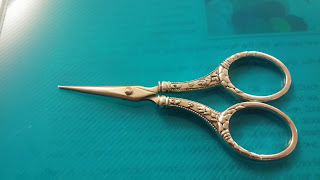 These are the Scheepjes scissors that came with the deluxe kit, along with the lovely beach bag, some stitch markers and a sachet of Eucalan, which is an intriguing substance that I had never heard of before. It was invented by an Australian woman to address the problems of washing during drought. You soak your hand made knitted or crocheted goods in it and you don't rinse. If you use the washing machine you put it on a rinse only programme and put it in the conditioner bit I think. It is made of lanolin and natural oils and is available in lavender to deter moths, and other scents. Of course if you are allergic to lanolin it isn't a lot of use to you and I hope I'm not. Anyway some folk are soaking their squares in Eucalan before blocking, but as I only have the one tiny sachet I have only used water. I might invest in a bottle. 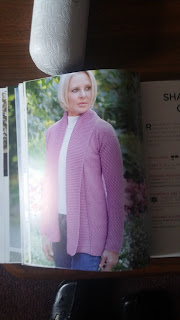 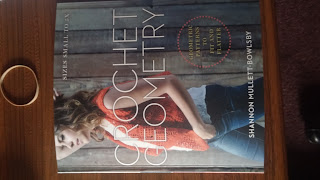 I ordered a couple of new books, this one is called Crochet Geometry by https://wordery.com/shannon-mullett-bowlsby-author and has some really unusual and lovely patterns in it. I first saw it on Twitter and was intrigued, googled it to find more images and bought it from Wordery. It took a while but it is worth it. I have so many patterns and books, not sure when I will get to it but I hope to make something soon.

I started this post last week, since then hubby has been in hospital but only for one night, has come home with more tablets so he will rattle, but he is home and not too bad thankfully. I took him in Sunday lunchtime, spent 4 hours sitting in A&E (emergency room) before they decided to keep him for a night or two, luckily it was only one night in the end. I got a little crochet done but was fetching and carrying. We are both on antibiotics now, I have a foot infection possibly cellulitis, I wore my Mary Janes Friday and only walked from the car park to the hairdressers but one of them rubbed and made a hole and by this morning it was swollen, hot and throbbing so I guess I should be sitting with it up higher than my head really! I will I promise!